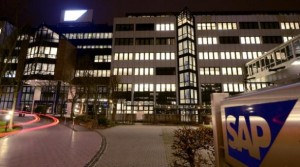 A German software giant has announced it intends to employ hundreds of people with autism as software testers and programmers in a global drive over the next seven years.

SAP, which has already launched pilot projects in India and Ireland, said the move aimed to find workers “who think differently” in the hopes that this would lead to innovative ideas and advances.

By 2020, one percent of SAP’s currently 65,000-strong workforce is expected to be affected by autism, a company spokesman told the AFP news agency.

In India, the group said that productivity had increased since taking on six people with autism as software testers.

Under the Ireland-based pilot scheme, screening is being completed for five positions to be filled this year, it added.

SAP, which is working on the scheme with Specialisterne, an organisation established in Denmark in 2004 to help workers with autism, said it would widen the programme globally, kicking off in the US, Canada and Germany this year.

“With Specialisterne, we share a common belief that innovation comes from the ‘edges’,” Luisa Delgado, a member of SAP’s executive board said in a written statement.

“Only by employing people who think differently and spark innovation will SAP be prepared to handle the challenges of the 21st century.”

Specialisterne aims to harness the talents of people with autism to work in technology-orientated jobs and operate internationally, the SAP statement said.

In Germany, employers with at least 20 staff members are legally required to ensure that at least five percent of these jobs go to severely disabled people.

Autism is a disorder of neural development characterized by impaired social interaction and communication, and by restricted and repetitive behaviour.

Autism tends to give people the ability to function more quickly than other people in certain tasks, and also means that people who have autism pay more attention to detail than those who do not.

However, despite being more efficient in certain fields such as visual memory, working under pressure can be difficult. This is where Specialisterne will come in to ensure SAP’s objectives are achieved.