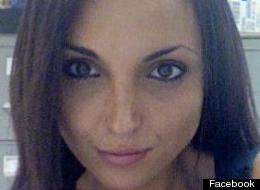 Authorities are trying to determine what killed a paralegal found dead in the bathtub at her boyfriend’s Philadelphia condo days short of her 27th birthday.

Julia Law had been dating prominent lawyer Charles Peruto, Jr. for about six weeks when her body was discovered in his condo by a maintenance worker Saturday morning, WPVI reported.

Law had also been working for Peruto’s firm as a paralegal.

The maintenance worker said he found Law naked and facedown in a bathtub full of water, NBC Philadelphia reported, and he immediately called 911.

Peruto was not at the condo at the time, and investigators say he is not a suspect in Law’s death. The attorney told officials he had given Law a key to his apartment.

Officials have not yet determined a cause of death for Law, but say they are leaning towards ruling out foul play, according to WPVI. Investigators said there were no signs of trauma or struggle.

Peruto said earlier this week in a statement obtained by ABC News:

“Julia was a beautiful, caring free spirit hippy, who I was blessed to have known. Words can’t express how sad I am to finally have met someone who I believed truly loved me. You should all have someone touch your life, like she did mine. Pray for her. She was an angel.”

Peruto, a defense attorney, has been involved in a slew of high-profile cases, Philly.com reports, and represented alleged mob leaders Joey Merlino and Nicodermo Scarfo.