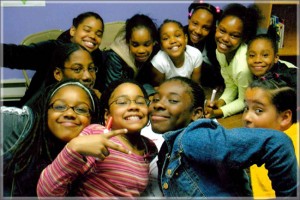 The mainstream media refuses to cover this story because it doesn’t fit their agenda.

Female students at a Red Hook, New York, middle school recently participated in a workshop intended to make them more comfortable with homosexuality.

The 13-and 14-year-old girls learned about homosexuality and gender identity at Linden Avenue Middle School. They were also taught terminology such as “pansexual” and “genderqueer,” CBN reports.

The workshop was designed to bring awareness to the bullying and social stigma that young homosexuals sometimes experience.

At some point during the workshop, two of the girls were asked to stand up in front of the class and kiss each other, as if they were on a date.

The students’ parents are outraged.

One of the girls told her parents she was being “picked on” by other students after the workshop.

“She told me, ‘Mom we all get teased and picked on enough. Now I’m going to be called a lesbian because I had to ask another girl if I could kiss her,’” parent, Mandy Coon, told reporters.

The parents said the school did not warn them about the workshop or send home a form to sign giving the school permission to involve their children in the workshop.

“The school is overstepping its bounds in not notifying parents first and giving us the choice,” one parent said. “I thought it was very inappropriate. That kind of instruction is best left up to the parents.”

“I was absolutely furious — really furious,” said another parent who asked to remain anonymous. “These are just kids. I’m dumbfounded that they found this class was appropriate.”

Finch said the workshop is “required under the state Dignity for All Students Act.”

“We may require more notification to parents in the future,” Finch conceded.

Homosexual rights advocacy groups have long targeted schools where they believe the gay social stigma and bullying is born and festers.

Gays also spread the myth that homosexuals are born — because it’s easier to get society on board with their agenda if society believes that gays are born and not the products of their environment.

According to the gay mafia, all bisexuals are born gay, even the ones who are married and raised children. And they say pedophilia is a totally heterosexual disorder.

I am living proof that gays are not born. As a child I had a healthy interest in boys. I had no interest in girls, which resulted in some awkward situations for me when I rejected them. I had no clue what homosexuality was. So, in my mind, their sexual advances were linked with aggression, which further alienated me and them.

Shortly after I moved to Miami when I was 12, I was relentlessly pursued and harassed for sex by female teachers at the schools I attended. One female substitute teacher slow chased me in her car, from the middle school, through the streets, all the way home. To say I was frightened out of my skull is an understatement.

I thought I was a track star, because I got so good at running from pedophiles who were entrusted with the responsibility to educate students.

I finally stopped running at age 15, when I became involved in an emotionally dysfunctional, 2-year relationship with the 31-year-old female assistant principal of my high school in Miami. It was my first lesbian relationship.

I told you my personal story because it’s important for you parents to understand what’s occurring in your child’s schools. Workshops like the Red Hook presentation are designed to break down the defenses in children who are still in their formative years.

My story proves that a heterosexual child’s psycho-sexual development can be altered by her environment.