For years, quietly and without fuss, the 50-year-old neuroscientist has donated his sperm to childless couples and single women who contact him via the internet, where he advertised his services as an artificial insemination donor.

The married father of three is estimated to have fathered at least 49 babies via unlicensed donor websites and, had it not been for his arrest in March on suspicion of sexual assault, he might well have gone on to father more.

But police have spoken to at least three women, one of whom is believed to be pregnant with his child, who claim that the academic, who works at University College, London, and is an expert on maternal and foetal medicine, sexually assaulted them. 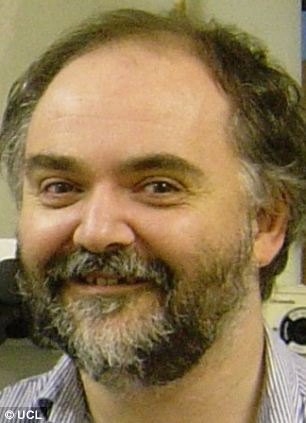 While detectives continue their investigations, it should be made clear that Professor Raivich, who has been bailed until June, has not yet been charged with any offence.

This week he told the Mail that while he ‘would very much like’ to put across his side of the story, he had been advised by his solicitor not to make any comment.

But his arrest has lifted the lid on the hidden dangers of private sperm donation in Britain — an unregulated process that takes place behind closed doors via amateur internet sites.

Women longing for babies put up appeals for donors, while men across the country offer their sperm for nothing more than their travelling expenses.

Step into this underground world and it is all too clear to what lengths some desperate women will go to fulfil their dreams of having a child.

One woman, posting on Facebook this week under her own name, wrote: ‘Is there any donors available for tomoro (sic)? Can possibly travel or meet. I am in Somerset.’

And a donor offering his services writes: ‘I’ve donated sperm before. It’s quite good stuff.’

The dangers of using such websites are all too obvious. While some sites claim they have their own self-imposed rules to safeguard users, many of them serve as a gateway to an underground world of unknown medical histories and risky meetings with strangers.

But other more unscrupulous sites offer NI — natural insemination.  On these sites, there seems to be no shortage of men offering to have sex with women, knowing that their sole intent is to have a baby.

There is no suggestion that Professor Raivich offered NI.

On one such website, a donor wrote: ‘It’s cold outside, wish I was tucked up in bed with someone wanting NI at moment.’

On a Facebook page, one woman wrote an account of how her sperm donor had tried to coerce her into having sex with him.

‘My donor was always hinting about NI day after day, even though I always said AI only.

‘Today he was sending me nasty text messages. When I told him that  I have my boundaries, he started sending really horrible messages to me.’

In addition to the risks taken by women, the sperm donors are also in a vulnerable position.

Equally, a donor could insist on having access to any child he helps produce.

A spokesman for the HFEA — the Human Fertilisation and Embryo Authority, the government body that regulates UK fertility treatment — told the Mail this week:

‘If an individual decides to have treatment outside of a licensed clinic, they need to be aware of the risks and implications.

‘This is something the HFEA has no legal power to regulate. We strongly recommend that patients who wish to use donor sperm in treatment do so through an HFEA-licensed clinic.

‘It is only when treatment takes place at a licensed clinic that a person can be confident of the quality and safety of the donation and that the relevant consents of legal parenthood of the child are completed.

‘In addition, a donor-conceived person can access information about their donor or any donor-related genetic siblings from the HFEA’s register.’ Distributing sperm without a licence from the  HFEA has been a criminal offence since 2007, but it is impossible to regulate sites that merely introduce donors and recipients and allow them to make private arrangements.

On some donor websites, Professor Raivich offered his services using the pseudonym ‘Frank Qalman’. His posts include a private email address and a message that reads: ‘For medical advice or more, please email me directly.’

Just why Professor Raivich, who has a wife and family in Munich and a professional reputation to uphold, felt the need to enter this murky world, rather than donate via a licensed clinic, is not entirely clear.

Born in New Zealand and raised in the Lower Hutt area outside Wellington, he spent his childhood moving between Australia, Greece and Israel.

He settled in Germany, where he graduated in medicine from the Free University in Berlin in 1984 and received his MD degree a year later.

He went on to study at the Max Planck Institute of Neurobiology in  Martinsried before moving to Britain in 2001 to work at UCL’s  Department of Obstetrics and Gynaecology.

In an interview he gave in January to a Sunday newspaper, he described being a sperm donor as ‘like a hobby or a charitable act’ and said that he ‘got satisfaction by helping’. He added that he offered his services as a donor and as a doctor because he ‘loved children’ and wanted to bestow the gift of parenthood on others.

He added: ‘The first couple I helped were lesbians who were desperate for a baby. I helped them get pregnant on their first cycle. They were delighted and I shared their joy.

‘They come to these sites because they can’t afford the substantial cost of getting a donor through a clinic. I never ask for money, only travel expenses.’

He also defended the number of children he has fathered — despite the fact that the HFEA set ten families per donor as its guideline.

Professor Raivich said: ‘I think this is just based on moral horror, not that there is much risk that offspring will accidentally meet and set up homes with half-siblings.

‘The risks of this are very low. In America, there is no restraint on the number of children a donor can father. In the Netherlands, it’s 25 per donor.’

One woman helped to conceive by Frank leapt to his defence.

‘I am one of his recipients, and I am in contact with the mothers of many of my son’s siblings.

‘You will be hard pushed to find one among the many that has a bad word to say about Frank.

‘He has been nothing but sweet, helpful and accommodating to all the women he has helped.’

This week, Laura Witjens, the chief executive of the National Gamete Donation Trust, which offers advice to those involved in egg and sperm donation, says that  it defies belief that women choose to put themselves at risk by  using unregulated sperm donor websites.

‘Personally, I find it staggering that when it comes to something as important as the creation of your child, you can’t even fork out £1,000 to £1,500.

‘Yes, it’s a lot of money, but it’s so important. It’s less than most people would pay for a second- hand car.

‘Using a licensed clinic offers medical and legal protection to recipient and donor. Sperm will be screened and an extensive medical background check will be made, which is important for picking up hereditary illnesses.’

Two years ago, while researching the underground world of sperm donation, Ms Witjens posed online as a woman in search of a donor.

‘I was horrified,’ she says. ‘Many of these men are creative with the truth. They are all Olympic athletes with an IQ of 150!

‘And even if they say they have a medical certificate, women need to understand that ten seconds after it’s been issued, that certificate is useless.’ [What she means by this is that a man’s clean bill of health can be changed in an instant.]

‘What worries me most is that women using these sites are often vulnerable, and need support and good advice. But as long as they are prepared to use these sites, there will be men prepared to offer their services to them.’

Whatever the outcome of the police investigation into Professor Raivich, there is little doubt that he put himself in a vulnerable position by offering his services in an unregulated manner.

This week, his wife, a neurology specialist who uses the name Dr Birgit Basedow-Rajwich and lives in a flat in the upmarket area of Kempfenhausen just outside Munich, insisted she was standing by her husband.

‘A wife supports her husband,’ she said. ‘We are certain this is all a big misunderstanding that will be sorted out. This is a stressful time, but we will come through it.’