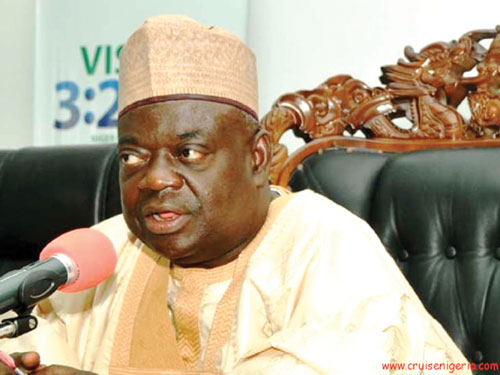 Governor Babangida Aliyu of Niger on Wednesday canvassed for a law to regulate the number of wives and children a man should have, saying keeping large families is no longer fashionable.

Exchanging views with officials of the International Federation of Muslim Lawyers who visited him in Minna, Mr. Aliyu urged clerics to commence preaching against large families.

He criticised the practice by some men who got married to new wives without first seeking the consent of their senior wives as a negation of the principle of their faith on marrying additional wives.

According to the governor, the scripture provides that before a man can take a second wife, he should first of all seek the consent of the senior wife to make her realise why the action is necessary, even to the extent of inducing her to accept the idea.

“We should do things that are convenient for us and for the wife and the children so that when we go to the great beyond, no one will be raining abuses on us,” he said.

He commended the association for collaborating with the State Government in reducing the vices associated with marriage and other harmful health practices.

Earlier, President of the state chapter of the federation, Fatima Takuma, thanked the government for donating a vehicle to the association.

Mrs. Takuma said that the federation had offered free legal aid services to 50 people in the state and increased its public sensitisation on people’s rights and privileges.