It was a sad and dark day for the Nigerian music industry when Don Jazzy and D’banj parted ways. The entire continent was in shock when on May 8 2012, Don Jazzy uttered these words – “The way forward now is to make sure I keep bringing you guys more of the beautiful music you all love to dance to” and in the process, officially launched a collective of some of Nigeria’s greatest artists and producers – Mavin Records.

Just like yesterday but it’s been a year now and Don Jazzy‘s project “Mavin” is waxing stronger and stronger. It may not be as big as the former “Mo’Hits” YET; but they are definitely one of the big names to reckon with in the industry. 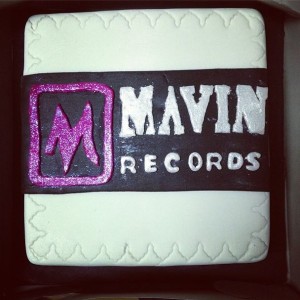 In the course of a year, the Mavin CEO, Michael Collins Ajereh A.K.A Don Jazzy has managed to turn

As for the rest of the Mavins, here are just a few hits from their expansive catalogue, that totally rocked the industry – “Take Banana”, “Chocolate”, “Oma Ga”, “Amarachi”, “Goody Bag”, “The Kick”,“Without my heart”, “Rotate”, “Sexcellency”, “See Me Ri” and ”Afefe”.

But, they haven’t only paved ways in the music industry. Tiwa Savage has a Pepsi endorsement. There have also been rumors of  a GLO endorsement for her being in the pipelines. And, Dr. Sid unveiled his Indulge Cookies.

It has been a tough and arduous journey for the Mavins this first year of their existence, but so also, has it been a fruitful one. Nonetheless, having released their ever full-length album, D’Prince‘s “Frenzy” is certainly an accolade for them