A mosque has been praised for serving tea and biscuits to English Defence League supporters after the far-right group arranged a demonstration there. 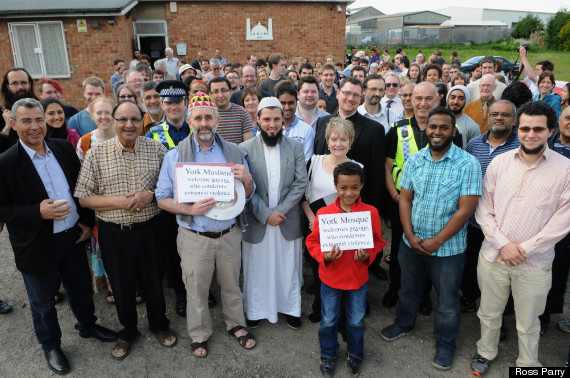 About six people turned up to protest at the mosque in Bull Lane, York, on Sunday and were invited inside to play football with worshippers.

More than 100 supporters of the mosque had gone there after learning of the planned EDL protest.

He said: “Tea, biscuits, and football are a great and typically Yorkshire combination when it comes to disarming hostile and extremist views.” 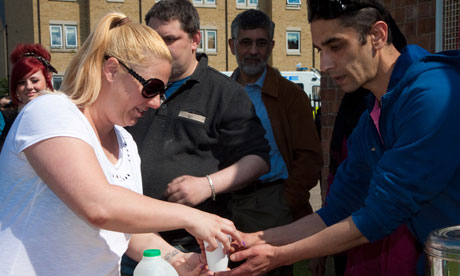 Father Tim Jones, who went to the Bull Lane mosque, which is situated in his parish, said: “I’ve always known they were intelligent and compassionate people and I think this has demonstrated the extent to which they are people of courage – certainly physical courage and also a high degree of moral courage.

“I think the world can learn from what happened outside that ramshackle little mosque on Sunday.”

Hull Road ward councillor Neil Barnes said it had been a “proud moment for York”.

He said: “I don’t think I’ll ever forget the day that the York Mosque tackled anger and hatred with peace and warmth – and I won’t forget the sight of a Muslim offering a protester tea and biscuits with absolute sincerity.”

Fears over a demonstration grew after Yorkshire EDL Scarborough Division posted a message on its Facebook page calling for supporters to gather outside the mosque.

Imam Abid Salik said: “We did have a few people who did come to protest but when they came some of the members of the mosque went over and they engaged in a conversation.

Some people went over with cups of tea and biscuits, they were talking for about 30 or 40 minutes and then they came inside, which was a really, really beautiful thing.”