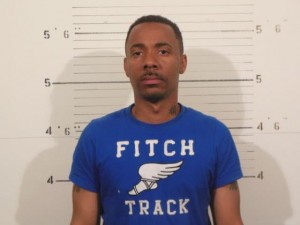 An Illinois special-needs teaching assistant accused of molesting a teenage student in school while knowingly infected with HIV remained jailed Tuesday as police investigated another claim of similar misconduct by the man involving a different student.

Prosecutors in St. Clair County east of St. Louis charged Mario L. Hunt, 35, on Monday with felony counts of criminal sexual assault, aggravated criminal sexual abuse and “transmitting” HIV through intimate contact during the first half of 2011, when the student was 17. The transmission charge means a defendant merely exposed a victim to the virus that causes AIDS, not necessarily causing actual infection.

Cahokia police Lt. Dennis Plew said Tuesday he was unaware whether the teenager, now 19 and still a student at Cahokia High School, has been tested for HIV.

At least one other possible victim has come forward, though that case has not yet produced charges, Plew said. Police publicly implored the school district’s parents to report any questionable dealings between Hunt and their children — or at least get them tested for HIV if they’re reluctant to get police involved.

“This is horrible,” Plew told The Associated Press. “I’m sure some kids come to school and put a lot of trust in a teacher, and for anyone to take advantage of that is a terrible thing.”

Hunt does not have a listed home telephone number, and online court records do not show whether he has an attorney. He was jailed on $300,000 bond.

Hunt, an alumnus of the Cahokia school district where he has worked since 2007, was arrested Monday, when the 4,000-student school system first learned of the charges without sufficient time to quickly notify parents, Superintendent Art Ryan said. That would come Tuesday, Ryan said.

Ryan said a parent reported earlier this month to school administrators that her son had suspicious text and Facebook exchanges with Hunt. As the district was investigating that, the mother also went to the village’s police, who interviewed Hunt last week, Ryan and Plew said.

Without identifying the teenager, the criminal complaint alleges Hunt “holds a position of trust, authority or supervision” over him. Ryan said he was uncertain whether the teenager had been a student in the special-needs classroom Hunt assisted or if the young man was the son of the mother who originally complained. Either way, Ryan said, privacy laws preclude him from divulging any link between the teen and Hunt.

Hunt, who also served as the high school’s boy’s assistant track coach and athletic trainer, remains on the district’s payroll, pending a June 10 meeting where the school board will consider his employment status, Ryan said.

Ryan said Hunt frequently has helped with prom and homecoming events and that “all of the kids certainly seemed to like him.”

“You always think something like this isn’t going to happen here and we’d be able to see something, but it’s just so tough to know,” Ryan said. “Realistically, what can you do?

“It’s hard to tell what’s going on in people’s hearts and minds.”