Soul musician, Darey Art-Alade, says it took him about four months to put the Love Like a Movie Concert together. Darey, who spoke to Saturday Beats, said he would not discuss the amount the American reality television star, Kim Kadarshian, was paid as appearance fee, adding that people are entitled to their opinion. 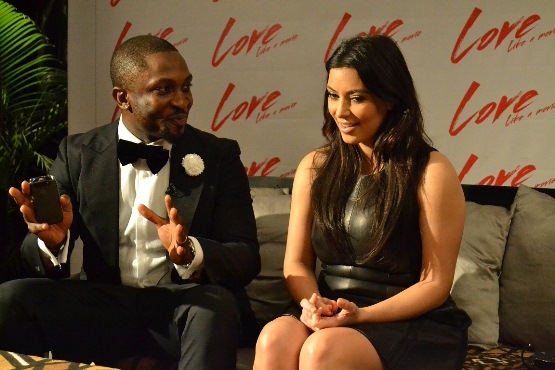 It would be recalled that the news that the American was paid $500,000 raised lot of controversies.

He said, “Who knows how much they were paid? Actually I cannot talk about how much anybody was paid, so who cares? Everybody is entitled to their own opinion, but we had a great show and that’s what matters at the end of the day. It was all from a dream. We just wanted to do something different; something to push the envelope and be creative. “Thanks to everyone who supported us in cash and kind and all the hard work. We succeeded. The concert took about four months from the scratch, it was totally an original production.”

Although a graduate of Creative Arts Department, University of Lagos, Darey said that his decision to go into movies would be a management decision.

“I am a trained actor technically from the University of Lagos, apart from the degree I have in music. I am not going into acting quite yet, I have been approached several times to do movies. I have been in stage plays but I have not done any films. I have been on stage, theatre is where I am comfortable. I have been in musicals, operas, but for films, I am not sure. That’s a management decision,” he told Saturday Beats.

Ever the busy bee, he hinted that he has been working on his artistes and music.