The alleged mastermind of the Christmas day bomb blast that killed about 44 persons and wounded 75 others at St. Theresa’s Catholic Church at Madalla, Niger State, in 2011, Kabiru Umar, a.k.a Kabiru Sokoto, yesterday, insisted he had no case to answer. 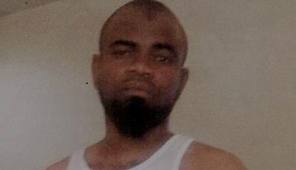 This came on day the Boko Haram Amnesty Committee said it never met with him during its visit to Kuje Prison last week.

At his resumed trial before Abuja Division of the Federal High Court, Sokoto queried the competence of the 2-count terrorism charge  preferred against him by the Federal Government, contending that the government had failed to establish a prima-facie criminal case capable of warranting his conviction.

He stated this as government closed its case against him after it had called six witnesses that testified before the high court.

Consequent upon an application made by Sokoto’s lawyer, Mr Hassan Lukman, Justice Ademola Adeniyi, adjourned the case till June 7 to enable the accused person enter his no-case-submission.

Basically, a no case submission is made when an accused person believes that the prosecution has failed to prove the ingredients of the offence for which he is charged or that the evidence adduced in court was such that a judge cannot rely upon to pass a sentence.

Specifically, the alleged Boko Haram kingpin urged the court to give him only seven-days to puncture the terrorism case against him, a request granted.

The court also gave the federal government  five days to respond on points of law to whatever the accused person will file.

Besides, Sokoto, asked the court to furnish him with the entire record of proceeding, a request that was declined by Justice Adeniyi.

Meanwhile, the last prosecution witness who testified before the court yesterday, alleged that Sokoto had confessed that one of the recognized leaders of the sect, Abubakar Shekau, told him that only members of the sect initiated into the “Shurah” cadre were allowed to know the ideology behind the current insurgency in the Northern part of the country.

The witness told the court that Sokoto had disclosed that whereas members of the “Shurah” which he belongs to, plan and mastermind attacks, other lay members were recruited to execute terrorist agenda of the sect.

However, Sokoto, through his lawyer, faulted the testimony of the masked witness, maintaining that he used the Hausa word “Anche” in his statement, a word he said meant “they said.”

He told the court that he was only referring to what he was told by those affiliated to the sect.

The federal government had alleged that aside the Madalla blast, the accused person trained over 500 men on how to manufacture and detonate Improvised Explosive Devices, IEDs, adding that he had a terrorist training camp at Abaji, a suburb town in Abuja.

One of the witnesses had earlier narrated before the court how a donation of N40million divided the sect.

According to the witness, Sokoto had in a statement made on January 14, 2012, confessed that of the said N40million which he said was received from another terrorist group in Algeria, he got the sum of N500, 000, being the recognized governor of Sokoto State in the hierarchy of the group.

He told the court that the accused person admitted that he used his share of the money and bought Quran and other Islamic religious books, even as he allegedly volunteered the names of two members of the sect that bombed Catholic church at Madalla, Niger State, on Christmas day.

The witness further told the court that Sokoto gave the names of the two perpetrators as Bashir Mohammed and Muhktar Kafanchan, noting that the federal government is currently on the trail of the said culprits.

Besides, “Mr ABC”, testified that the accused person confessed that it was not suicide bombers that attacked the church, but that the bombs were detonated from a car that was parked near the church.

Likewise, another witness, “Mr DEF”, narrated how Sokoto hid behind a wardrobe on February 10, 2012, a day he was re-arrested at Sabongida in Taraba state, few days after he escaped from police custody in Abuja.

The witness who is an operative of the Department of State Service, DSS, told the court that upon his arrest, Sokoto was found with a Nokia phone and six different Sim cards.

In a statement signed by secretary of the Committe in Abuja, the committee, which is officially called Presidential Committee on Dialogue and Peaceful Resolution of Security Challenges in the North (PCDRSCN), said its attention had been drawn to a front page story of a particular media report (not Vanguard) which alleged that it met and held discussions with the suspect.

According to the statement, the committee did not at any time during the visit see Sokoto, let alone have discussions with him.

Agreeing that its chairman had an interactive session with some members of the press, the committee said it did not consider Kabiru Sokoto a sufficiently significant figure in the hierarchy of Ahlul Sunnah Lil Da’awa Wal JihadN to warrant such a special attention to him.

It further described the story as false, saying “it may be considered as deliberate act of mischief or sabotage intended to discredit the work of the committee.”

The statement  read in part: “While, indeed, the committee did visit the Kuje Prison on Thursday,  May 14, 2013, and met with officials and some of those detained there, at no point did the committee state that it saw Kabiru Sokoto, let alone hold any discussion with him during the visit.”