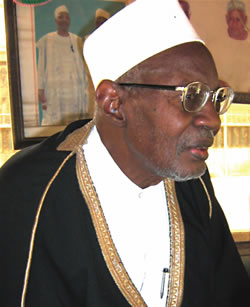 The Northern States Governors Forum (NSGF) has demanded the immediate and unconditional release of first Minister of Petroleum Resources – Dr. Shettima Ali Monguno and called on security agencies to arrest the perpetrators so as to serve as deterrent to others.

Describing the action as totally unacceptable, the Chairman of the forum and Governor of Niger State, Dr Mu’azu Babangida Aliyu in a statement by his Chief Press Secretary, Malam Danladi Ndayebo yesterday in Minna, expressed sadness that an elder statesman who has served the nation selflessly will become the target of kidnappers.

He said: “It is bad enough that several innocent citizens have been killed by unknown gunmen in the troubled Borno State in recent times. Adding the fear of kidnapping of elder statesmen who have served their father land selflessly to their burden is unbearable”.

He called on security agencies to act swiftly to identify and arrest those behind the abduction to serve as a deterrent to those who may want to now target elder statesmen, or any Nigerian for that matter.

While hailing the Borno State Government for the steps taken so far to rescue the 92-year-old from his abductors, the forum assured Nigerians that it was working closely with the Federal Government to tackle the challenges of insecurity decisively.