A group under the aegis of Forum of Idoma Professionals in the Diaspora has condemned what it described as unjustified attacks on the senate president, David Mark, by elder statesman, Alhaji Tanko Yakasai, DailyPost can report. 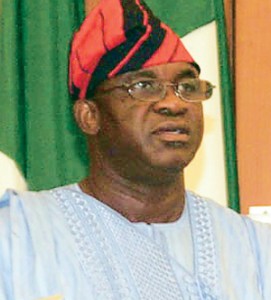 It had described as unfortunate, the statement credited to Tanko Yakasai who had attacked the Senate President over his warning that the possible consequence of the Boko Haram activities was to force the country into a religious war.

In a statement by its acting president, Paul Ejembi, the Forum said that ordinarily it would have ignored the comment, but senator David Mark is the father of the Idoma nation and no right thinking Idoma child will ignore any abuse on him or her father.

It reminded critics of the stabilising role the senate presidnt played during the trying moment of the nation, when the late president Umar Yar’Adua was confirmed dead.

“It is on record that the senate president has been piloting the affairs of the senate in a manner that senators from all parts of the country and different religious bodies have never had cause to complain of arbitrariness or sectionalism and have by so doing helped to stabilize our democracy”.

Ejembi queried Yakasai’s logic that only 18 LGAs in the North were affected and therefore of no consequence, stating that Nigerians have been killed in their thousands without northern leaders doing anything to stop the mayhem.