A 40-year-old man, Mr. Maxwell Madu, has told the Agege Grade ‘A’ Customary Court that if his wife, Grace Oguche, 24, divorces him, she may die. 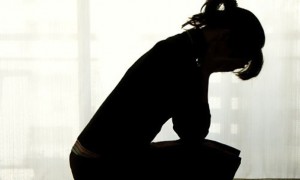 Madu said on Monday that his wife had taken an oath of kolanut and water with him in her village. He explained that the oath demanded total loyalty to him.

He added that if the woman defaulted, she might lose her life.

He told the court that Oguche took the oath in the presence of her family members in the village.

He said, “I did not know that my wife was having an extra-marital affair, and she was already pregnant for her boyfriend although, she had a miscarriage.

“She cheated even though she had taken an oath that she would never leave me. She took the oath in the presence of her people because she had run away from me  in the past.

“She had gone to the village to find a way to break the oath, but they told her it could not be broken except I was present.

“She is playing with her life.”

Oguche had earlier pleaded with the court to dissolve her union with her husband, because he could no longer perform in bed.

She added that Madu had failed in his responsibilities as a man in terms of providing for the home and their six-year-old son since he lost his job two years back.

Oguche, on Monday, insisted on ending the marriage since she was no longer interested in her husband who could no longer meet her sexual needs.

She claimed that Madu could not impregnate a woman because they had tried a couple of times, but to no avail. Oguche also requested custody of her male child.

She said, “Ever since my husband lost his job, I take care of the responsibilities in the home alone, and he does not appreciate my efforts.

“He also does not perform well in bed. I cannot continue in this marriage and I do not want to leave my son with him.”

Madu, however, said his wife was never satisfied whenever they had sex, adding that he had begun taking medication to make him more effective.

He also stressed that he did not want their son, Bright, to be in his mother’s custody for fear of being  neglected.

He said, “My son is the reason I did not send her packing when her boyfriend impregnated her. I do not want her to take the child because she would not  take care of him.

“Even she warned me never to leave my child with her.”