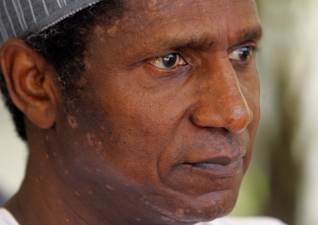 Nigeria’s former first lady, Hajiya Turai Yar’Adua has lamented the death of her husband – late President Umaru Musa Yar’Adua stating that had he been alive today, Nigeria’s story would have been different.

Speaking during a memorial lecture organised by students of Umaru Musa Yar’Adua University (UMYU), Katsina, Turai extolled the virtues of her late husband.

“If Umaru were alive, the history of Nigeria would have been different because he had focus,” she said in an emotion-laden voice.

Turai said despite the late president’s health challenges while in office, “he gave his best for Nigeria” and “Umaru was a very honest man”.

According to her, “the late Umaru always said, ‘I am here to serve, not to make money. I am here to leave a legacy for you, not property’.”

Turai, who lauded the organisers of the memorial lecture, expressed her delight at being in their midst because the event was commemorating someone she loved dearly, adding that “each time there is an occasion in memory of Umaru, I must be there no matter how small the organisers are”.

She decried the low turnout at the lecture but said, “I will not blame them because they have other commitments… Umaru believed in commitments and gave his best in everything he did.”

The memorial lecture was put together as part of activities marking the 2013 edition of UMYU’s Student Union Government Week.