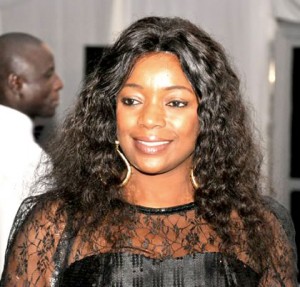 The actress in a recent interview with Daily Sun said she is not in a rush to get married.

Bimbo Akintola said if she doesn’t find a man to love for the rest of her life, she won’t bother giving marriage a try.

Do you sometimes think about marriage?

Of course, I do. Like every human being on earth, I do. Marriage is such a huge step, it’s deep. Marriage is the relationship that is the most difficult of all relationships. If I can’t see someone and say oh, yeah, I wanna be with this person for the rest of my life or even think it, I won’t do it.

I say that all the time and people say oh my God, she said she would never marry, I can’t believe it. That’s not what I’m saying (Voice rising). I’m simply saying if I don’t see someone that I believe I can look at for the rest of my life, I won’t do it.

So, what do you want in a man?

In her long time in Nollywood, the actress simply stopped trying after a lot of headache finding the right man.

She was quoted saying she would rather wait a lifetime than to snatch another woman’s husband.