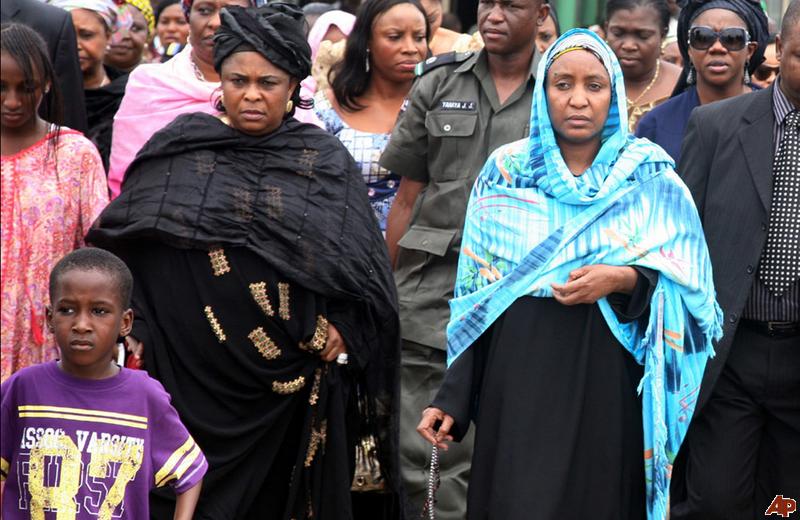 The Office of the First Lady has reacted to Thursday’s court verdict which declared as null and void the revocation of a plot of land allocated to Turai Yar’Adua by the Federal Capital Territory, saying that Dame Patience Jonathan was not involved in a land tussle with her predecessor as Nigerians were made to believe.

It would be recalled that the FCT administration revoked the disputed land, plot no. 1347 Cadastral Zone AOO, Central Business District, Abuja, FCT, on 2nd of November, 2011 and re-allocated same to Mrs Jonathan for the building of African First Lady Peace Mission Headquarters.

But the President’s wife, speaking through her spokesman, Mr. Ayo Osinlu in a statement, said the land which had been a subject of litigation was between the Federal Capital Territory Administration and Hajia Turai Yar’Adua’s non-governmental organisation.

Osinlu said neither the African First Ladies Peace Mission, led by Mrs. Jonathan nor the President’s wife in her personal capacity was joined in the suit.

Osinlu said, “Our office had repeatedly stated that the land, which had been a subject of litigation, was between the FCT Administration and Hajia Turai Yar’adua’s NGO, and neither the African First Ladies Peace Mission, even though it is the original allottee of the land, nor Dame Patience Jonathan, who is the sitting President of the continental body, was joined in the suit.

“For purposes of emphasis, we wish to reiterate that, the land in question was first allocated to the African First Ladies Peace Mission, according to records available to us, during the tenure of Hajia Turai Yar’Adua as President of the Mission.

“If in leaving office she had decided to depart with the land, the FCT has taken appropriate logical action to retrieve the said plot for the original allottee and purpose.

“To this extent, we wish to state categorically that the judgment referred to in the media was not against the person of Dame Patience Jonathan, and we will like the public and well-meaning Nigerians to put the matter in its proper perspective for the purpose of accurate record and common good.”