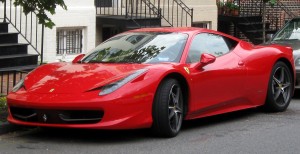 A million hits on YouTube for a nine-year-old Kerala kid may have provided pleasure for his family, but the authorities in the state were not as amused.

Mohammad Nisham, a native of Thrissur, was taken into custody by police following the ruckus over his son driving a Ferrari on his birthday. The man was later released on bail.

The young boy’s Ferrari driving has been a hot topic on social media sites over the past few days, with several condemning the act and criticising the parents for letting it happen. The video, which was put on YouTube, also showed a younger child in the car, while the nine-year-old drove the Ferrari F-430, estimated to cost Rs35 million (about N103m).

The car was initially taken in by police, but has been released on condition that it is presented when the court takes up the matter. The boy’s driving was in violation of both the provisions of the Juvenile Act, and the Motor Vehicles Act. His father may have to face charges of endangering the child’s life by letting him drive, as well as endangering the lives of others on the road. Reports indicate that it was with the knowledge of the boy’s parents that he drove the car and that the child had driven several other cars that the family owns.

The outrage following the airing of the video showing the boy’s driving skills apparently forced the police to take action. There was added pressure on police when the news spread worldwide and even the British media highlighted the incident.

The child’s dad being charged for the incident is sure to be applauded by many, given the killing fields that Kerala’s roads have turned out to be. State police had released statistics earlier this month, which put the number of people killed in road accidents in the state in 2012 at a mind-boggling 4,286, or nearly a dozen people killed every day. In 2011, the number of deaths caused by road accidents was 4,145.