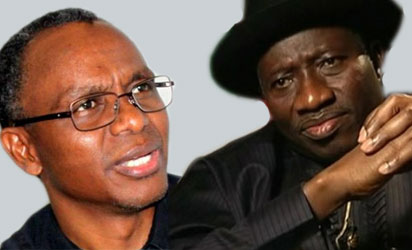 El-Rufai made this stance known when he spoke with newsmen in response to the lamentation by President Jonathan that Nigeria was passing through a challenging security phase in its nationhood.

Jonathan, while speaking at the grand finale of the 2013 Police Week celebrations at the Eagle Square, Abuja, was quoted as saying, “This is quite a trying moment for this country in terms of security. A number of our police officers have lost their lives while serving their fatherland. We have challenges from the South to the North and from the East to the West.”