Factional Chairman of the Nigerian Governors Forum, NGF Governor Jonah Jang of Plateau State returned home Sunday admitting that he never bargained to lead the group but has accepted it as God’s handiwork. 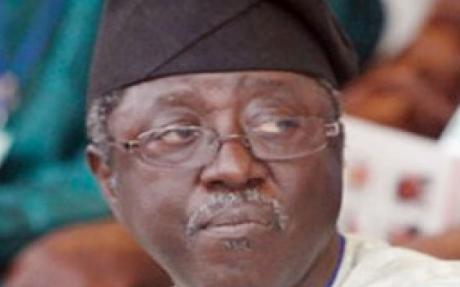 Jang who spoke to journalists on arrival at the Yakubu Gowon Airport on arrival pleaded with Governor Rotimi Amaechi to back down and accept him as the new leader of the forum.

Amaechi had been declared winner of the election but the Jang group revolted against his declaration citing Jang’s purported endorsement by 19 governors in a pre-election agreement.

He said he would do his best to get Amaechi to work with him as the new leader of the forum.

Did you actually bargain for what you got now?

Jang:  Well, I never bargained for it, but that is the way God Work. So this is God’s will.

What was your impression of the election sir?

Jang: As far as Iam concerned, I have been given an assignment and by the grace of God I will do my best to unite the forum and make sure the forum provides the right leadership for the people of Nigeria because we are governors that are governing our respective states. And so we are bound together to work with one another. The NGF election or selection as you call it, should not divide the governors. We have one purpose and were elected by the people to work for them. We have worked with Governor Amaechi the former Chairman of NGF before and I am appealing  to him  to calm down and also work with me so that together we will continue to give Nigerians the right leadership for electing us as their governors.

Are you ready to work with him if he agrees to support you?

Jang: I mean I am going to really try to get him to work with me; I have once worked with him before; he too should work with me so that we can be able to give this country the right leadership that she is yearning for.

Meanwhile, a body known as the Plateau Merger Group has faulted Jang’s declaration as the new chairman of the forum based on a pre-election endorsement.

The group in communique at the end of a meeting on Saturday jointly signed by the Plateau ANPP Chairman, Hon. Nazifi Ahmed and State Secretary of the CPC, Pastor Dabit Joseph hailed the re-election of Amaechi by the governors.

“As democrats we wish to seize this opportunity to congratulate all Nigerian governors for demonstrating exemplary democratic practice for returning His Excellency, Rt Hon. Rotimi Amaechi as chairman of the Nigerian Governors Forum (NGF). We applaud their decision, and believe that our democracy will flow without any hic-ups.

“It is sad to note that at this level of our democracy, pre-election commitments (so called endorsement) before the said NGF election are being paraded as election results by the losers”, the communique stated.

It commended the leadership of the merging political parties for successfully conducting their congresses and dissolving into the  All Progressive Congress (APC and commended the electorate and political office holders for working for the survival of democracy in the past 15 years.

“We remind all public office holders on the need to appreciate the fact that the positions they currently occupy are held in trust on behalf of the greater majority. Thus the need to ensure that the dividends of democracy trickle down to the Nigerian people”, it added.