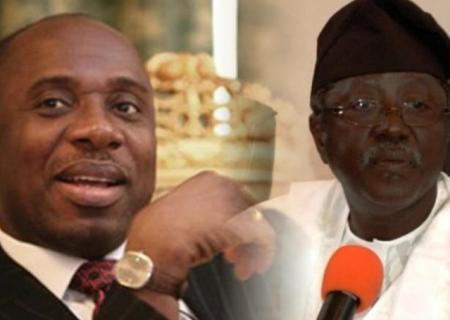 Governor Jonah Jang of Plateau State, who emerged factional chairman of the Nigeria Governors’ Forum (NGF) on Friday, has blamed the crisis rocking the Forum on the presidential ambition of some of its members.

Jang, who addressed newsmen at Jos airport shortly after his arrival from Abuja, alleged that some of his colleagues were eyeing the Presidency come 2015.

“The crisis in the governors’ forum is simply as a result of 2015 elections; some governors want to contest the presidential election but only God knows who will be the President,” he was quoted as saying on Sunday.

Jang, however, called on the Governors to close rank pledging to lead the Forum “with the fear of God.

“As chairman of the forum, I will work with all members, particularly the former Chairman, Governor Rotimi Amaechi; I wish to appeal to him to fully support me just like I supported him during his tenure,” he said.