A few weeks ago, Kenturah Hamilton, Jim Iyke’s ex-fiance released a statement where it was claimed that Jim’s ‘Unscripted’ reality show was actually scripted …well, Jim Iyke has finally defended his show and he has this to say: 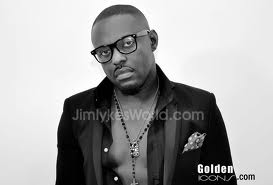 “I am sure you saw part of the clips. Somebody sped off and jumped inside the river. That was a friend of mine. I don’t think anybody will accept a script in order to die.

I don’t ever think anybody could have scripted that. If it was scripted, we would make sure that the lightning, the angles at which we shot was right.

The dark pictures and angles at which it was shot is an evidence that it was not scripted. As soon as I wake up and I am ready to go out, they clip something in my jacket to record every conversation that I made through out the day. There’s nothing hidden.”