Ondo State Governor, Dr. Olusegun Mimiko, on Wednesday vowed to sanction all politicians found culpable in the recent illegal staff recruitment carried in the 18 local governments in the state. 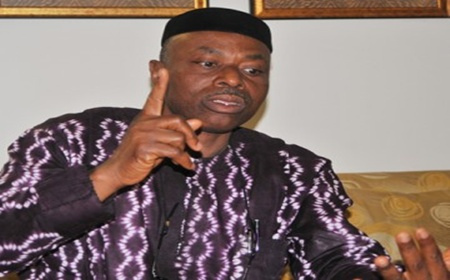 Mimiko stated this while addressing members of the Nigeria Labour Congress and Trade Union Congress, who converged on the Gani Fawehinmi Freedom Arcade in Akure for the 2013 edition of the Workers Day celebrations.

The governor also hinted that the government was perfecting plans to discipline all workers discovered to have collaborated with politicians to fraudulently recruit staff into the various councils and primary schools in the state.

Mimiko’s threat was not unconnected with the ongoing screening being undertaken by the state government to ascertain the correct figure of the councils’ workforce and public primary school teachers in the state.

The governor initiated the probe when his government discovered that about 1, 000 workers, comprising council staff and teachers, were drawing salaries from each of the 18 local government areas in the state.

The verification exercise, which had so far led to the uncovering of over 6,000 ghost workers, had pitched the state government against the state chapter of the National Union of Local Government Employees, which insisted that the exercise was a witch-hunt.

Mimiko said, “We instituted the screening exercise to weed out those illegally recruited but we are definitely going to sanction politicians, who engaged in the illegal recruitment while workers who collaborated with them will also be severely dealt with.”

Chairperson of the state chapter of the NLC, Mrs. Bosede Daramola, said the union was in support of the exercise but demanded the payment of salaries of the legitimate council workers and primary school teachers which had been on hold due to the verification exercise.

Meanwhile, workers in  Kwara State have urged the state government to review upward the minimum wage  paid in the state.

State Chairman, Nigerian Labour Congress, Mr. Farouk Akanbi, said during the  Workers’  Day celebration in Ilorin on Wednesday that the salary table of the state remained low when compared to some other states in the country.