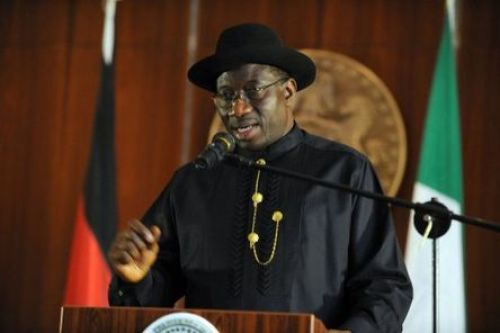 President Goodluck Jonathan has expressed appreciation to Nigerians for their support following last week’s declaration of state of emergency in Borno, Yobe and Adamawa States.

Senior Special Assistant to the President, Public Affairs, Dr. Doyin Okupe, made this known in a statement on Sunday.

The statement read, “President Goodluck Jonathan has expressed gratitude to all Nigerians for the overwhelming support they have given to the declaration of state of emergency in Borno, Yobe and Adamawa states. The President also thanked the leadership of the National Assembly and many of its members, who have through calls and personal visitations, given solidarity and support for this extraordinary step taken by the President in order to halt the mindless killings, bombings and general insecurity that had prevailed in that part of the country.

“The President also notes with gratification the positive disposition and understanding of the governors of the federation, especially the Northern Governors Forum, Leaders and Elders in the North, traditional rulers, religious leaders, cultural and political groups nationwide, including opposition political parties, civil society organisations and the media.

Okupe said the President was appreciative of the efforts, loyalty, commitment and sacrifice of members of the armed forces and other security agencies, who had demonstrated commendable patriotism and gallantry in compliance with the order of the Commander-in Chief.

Okupe further stated, “Mr. President also appreciates the encouragement by members of the diplomatic corps and international community, and promises that as a disciplined force, members of the Armed Forces will operate according to acceptable international rules of engagement and will pay particular attention to the safety and well-being of the citizens of the affected states during this period of emergency rule.

“Mr. President also notes that the efforts of the Armed Forces have already started yielding positive results, as available information confirm that the insurgents have been dislodged from their previous safe havens and camps, while many have been apprehended, and their activities in the affected states have been brought to a total halt.”