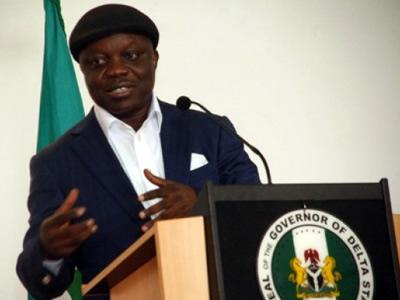 Dr. Emmanuel Uduaghan of Delta State yesterday advised people of the South-South region to stop their public criticism of President Goodluck Jonathan. He said that as a son of the region, the president should be given the support to enable him succeed, noting that “politics in Nigeria is still very regional.”

Uduaghan, who spoke at a luncheon to mark this year’s Democracy Day in Asaba, the state capital, after commissioning a number of projects, noted that he was on course in realising  his three-point agenda before the end of his tenure.

“Today, Jonathan has effectively become the President of Nigeria. We will not forget that.  I am emphasising this because people compare his two years to eight years spent by other presidents. He has just spent two years in office and a lot has happened. I am sure many of you must have listened to his mid-term report today (yesterday). It is full in the areas of power, roads, airports. And so, because he is our son, we must give him maximum support.