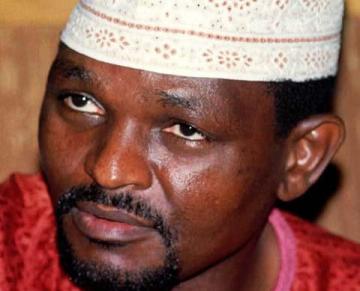 Justice Ibrahim Saulawa of the Court of Appeal, Lagos, on Thursday declined hearing an appeal filed by Maj. Hamza Al-Mustapha and Lateef Shofolahan, challenging a death sentence against them.

The convicts were sentenced to death on Jan. 30, 2012, by Justice Mojisola Dada, for conspiracy in masterminding the murder of late Kudirat.

The matter, which was schedule for arguments of parties, could not continue as the presiding justice declined hearing for personal reasons.

Saulawa told the appellants’ counsel that he could only assist them in recording a further date for arguments, but will not participate in hearing the main appeal.

He, therefore, adjourned the case to June 10, for hearing.

Lawal in his application, sought to amend his respondent’s brief by substituting it and deeming same as been properly filed and served.

Ojo on his part, prayed for an order, deeming his reply to the amended respondent’s brief, as properly filed and served.

Saulawa granted the applications, adding that it was the much he could do in the matter.

Al-Mustapha’s appeal is premised on four grounds, while that of his co-convict, Shofolahan, hinged on five grounds. (NAN)