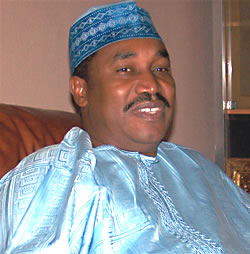 The State Government’s position was relayed by the Commissioner of information, Alhaji Gide Sani Batagarawa who said, “Government has never imposed any curfew in Daura.

“Things are going as usual and people are conducting their businesses,” he stressed.

Batagarawa said government was shocked to learn that the scroll-news bar of state owned television station –  Nigerian Television Authority (NTA), showed that a 6pm-6am curfew was in effect in Daura following the attack.

He pointed out that although some security operatives have temporarily blocked some roads leading to the affected banks and the two police stations, people are going about their normal businesses.

“Security personnel have blocked the main road of the town from Kwanar-Dabo to the emir’s palace roundabout and from the roundabout to the attacked Central Police Station,” he said.

He noted that the security personnel limited movement around the emir’s palace as roads leading there were temporally restricted, adding, “only residents of the area are allowed to pass the road blocks erected around the palace.”

Information Nigeria learnt that normalcy is gradually returning to the town two days after the unfortunate attack that left a number of security agents as well as some of the gunmen dead.