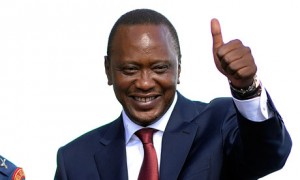 Kenyan President Uhuru Kenyatta and his deputy William Ruto have been named in a report investigating post-election violence and human rights abuses between 2007 and 2008.

In a report released late on Tuesday, a special commission said Kenyatta and Ruto helped to plan and fund the violence, allegations that the president has denied.

The Truth Justice and Reconciliation Commission report did not recommend any action against the two leaders for their role in the violence, in which about 1,500 people died and 600,000 were displaced from their homes.

Kenyatta and Ruto are already facing similar charges before the International Criminal Court at The Hague.

Kenya’s state security agencies, particularly the police and army, have been the main perpetrators of human rights violations, including massacres, enforced disappearances, torture and s*xual violence, the report said.

Jomo Kenyatta, who held office from 1963 to 1978, ran a government that failed to remove the repressive state structures established by the British colonial government and used those laws to perpetrate human rights violations, according to the report.

The commission report also blamed the media for allowing many violations to occur with little public scrutiny.

In addition, the report found that two former presidents, Daniel Arap Moi and Mwai Kibaki were also responsible for massacres, economic crimes and large-scale corruption during their time in office.

Human rights were further violated by the creation of the one-party state by the Moi administration resulting in severe repression of political dissent and intimidation of the media, the report added.