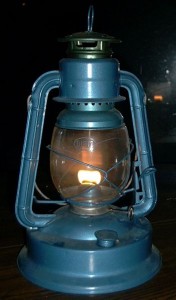 The explosion was said to have affected five persons when one of them, who were inside a room, tried to refill an already lit lantern.

The victims of the accident who lost their lives include Godstime Bisa and Fine Boson, aged 26 and 15 years respectively. “Unfortunately, only the two lovers, who hail from Ekogbene community in Burutu Local Government Area lost their lives,” a source hinted.

“Property worth millions of naira was damaged in the ensuring inferno, which happened at about 11.30 pm. The deceased persons were rushed to the Central Hospital, Warri, but they died all the same.”

Coordinator of the Ijaw People Development Initiative, IPDI, Comrade Austin Ozobo who confirmed the incident said, “This is a mysterious death, no one expected the two lovers will die so cheaply.

“I have visited the community, the people are very curious to know how such a minor fire could claim two lives and left three seriously burnt. The Ijaw people are equally handicapped over the attitude of security operatives and government hospitals because they assume that any Ijaw person burnt by fire is an oil bunkerer or pipeline vandal.

“So they either inject the victim dead or call security men to arrest the victim. This shows that the life of Ijaw man has no value.”

“Even now, we are still battling for a suitable place where the three survivors can be treated and one of them just died today (Tuesday). So, I call on the state government to come to the aid of the victims and their families.”