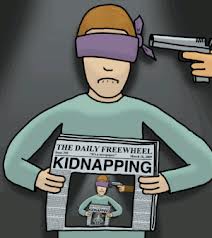 Kidnappers of Mrs. Olufunke Olatubora, the mother of immediate past Commissioner for Education in Ondo State – Remi Olatubora, have demanded a ransom of N50m before they could set the aged woman free.

It would be recalled that the octogenarian was abducted from her Iyansan country home in the riverside community of Irele Local Government area of the state on Sunday by unknown gunmen.

A family source said, “The kidnappers had started discussing with the family. The amount they are demanding for is too much

“There is no way we can raise such a huge sum now. We are after the wellbeing of our mother. They should be humane enough to free her”

The former commissioner, who was in the legal team that defended Governor Olusegun Mimiko’s re-election at the just concluded Ondo Election Petitions Tribunal, expressed hope that his mother would regain her freedom soon.

“We are believing in God that they will release her soon,” he said.

Meanwhile, the Public Relations Officer, Ondo State Police Command, Mr. Wole Ogodo, has reassured the Olatubora family that their matriarch would soon be rescued from her captors.

Ogodo told journalists in Akure that detectives from the Criminal Investigations Department had started working on the case.