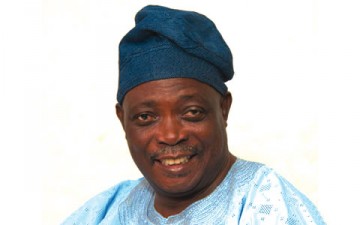 In a writ of summons filed by his lawyer, Biodun Abdu-Raheem, the former governor alleged that the newspaper published a libellous report against his person in its March 4, 2013 edition.

He said the publication entitled, Ladoja and the purloin of Oyo treasury, was offensive as it lowered his reputation.

In a 17-paragraph writ, Ladoja said the publication was intended to ruin his career as a politician, businessman and chief.

It read, “The publication is meant to jeopardise the political career, business credibility, fortune and traditional aspirations of the claimant.

“The claimant, as governor of Oyo State between May 29 2003 and May 28 2007 and in his entire career as a political and public office-holder has not been found guilty of the offence of stealing and or misappropriation of public fund or of any like-effect by any court of law or tribunal.”