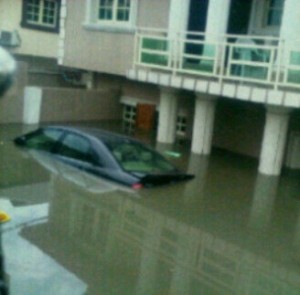 Residents of Lagos State have been urged not to panic as they welcome the rainy season, with the government assuring that any flash flood recorded during any rainfall would be temporary, as it had done everything needed to ensure the flood does not wreck havoc in the state this year.

The government also urged residents residing on low line areas to relocate when the intensity of the rains become severe, as the state would not want any resident to lose his or her life or property to flood during the rains.

Speaking while monitoring the mid rain cleaning programme in Lagos Island, Mainland and Victoria Island executed by the drainage maintenance office and emergency flood abatement arms of his Ministry during weekend’s rainfall, Commissioner for the Environment, Tunji Bello, said any flood seen would disappear as soon as the rain stopped, because the ministry had cleaned and dredged primary and secondary channels across the state ahead of this year’s rainy season.

According to him, government would sustain its maintenance and cleaning programmes to ensure that major canals and channels were kept clean to allow free flow and discharge of water whenever it rained.

Meteorologists had predicted earlier in the year that more rains were likely to be recorded this year and the government has promptly responded by putting in place measures to contain whatever flash flood was recorded.

The commissioner explained that Lagos as a coastal state, was susceptible to flash flood anytime it rained, saying “however, what is of utmost importance to this administration is to ensure that, whatever flash flood experienced is effectively discharged into our channels that have been dredged and cleaned, in anticipation of this year’s rain.”

He urged residents to join the efforts of the government in ensuring the state is free from flooding this year by disposing their waste properly through the Lagos State Waste Management Authority, LAWMA and accredited PSP operators.