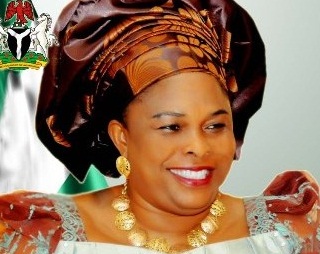 A group called the Movement for the Enhancement of Women & Children in Nigeria has called on critics to leave Dame Patience Jonathan alone.

In a statement released weekend, the group in its appeal said the First Lady had shown “uncommon commitment to the welfare of children and the general enhancement of the parlous condition of women in Nigeria.”

The group added that “It was in the realization of this noble quality that the African First Ladies Peace Mission unanimously elected her the President of the association.”

In a press statement signed by its leader, James Okoroma, urged  “well-meaning Nigerians to discountenance the negative propaganda in certain quarters that there is land tussle between our venerable First Lady, Dame Patience Jonathan and her predecessor over a plot of land in Federal Capital Territory. The crux of the matter is that the Federal Capital Administration in keeping with its mandate re-allocated a plot of land owned by the former First Lady, Turai Yar-Adua to the African First Ladies Peace Mission.”