One hundred and twenty beggars and destitute have been convicted just as 1,708 of them were sent packing from Lagos State to their various states and countries by the government. 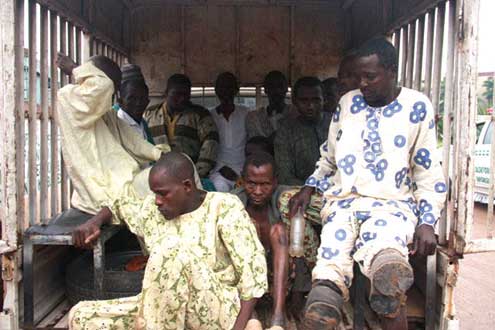 Special Adviser to the Governor on Youth and Social Development, Dr. Dolapo Badru, said this on Thursday during a press conference in Ikeja.

Reacting to the civil society organisations’s condemnation of the government’s clampdown on beggars, he said the present administration respected the rights of persons living with disabilities, adding that government would, however, not bend the law when such groups of persons fall foul of the law.

He said, “Nearly everyday when my men go on enforcement, this same set of people draw daggers and knives on my staff; they stab and bite them to evade arrest because they broke the law and when such a person is taken to court to be convicted, a person sits down in his air-conditioned office raining abuses on us for doing what is right.”

He noted that some of those convicted posed as beggars in the traffic to rob unsuspecting motorists. He vowed that government would not stop its clampdown on them until the trend was nipped in the bud.

He said the 1,708 beggars and destitute ejected from the state were either sent back to their states of origin, while foreigners among them were repatriated.

He said the rehabilitation office dealt with the issues of begging and destitution in the state and that in line with the government’s policy of ridding the streets of such persons, the office had consistently embarked on an aggressive raid of beggars, mentally challenged and the destitute from the streets, highways and bridges of Lagos.

Badru stated that the mode of getting this category of persons into the rehabilitation centres was by referrals from members of the public and rescue operations carried out by the Office of Youth and Social Development.

He said, “In the last one year, a total number of 3,114 beggars, destitute persons and mentally challenged were rescued in day and night operations.

“No fewer than 2,695 were taken to the Rehabilitation and Training Centre, Owutu, Ikorodu, where government has provided facilities to help in turning their lives around.