Lésbianism In Nollywood Is Not Going To Stop Soon – Vivian Pius

Despite the government’s frown on the illicit affair of same sex, and many praying and fasting to see an end to the sudden surge in lésbianism in Nigeria`s movie industry, one of the actresses in Nollywood, Vivian Pius, has confessed that lésbianism is a norm in Nollywood that is not going to stop soon. 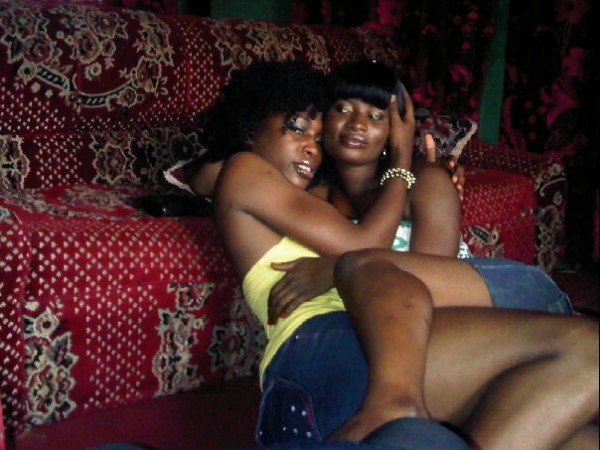 “Lésbianism has come to stay in Nollywood. Though it exists in other industries such as banking, medical and others, that of Nollywood is more open to the public because of who we are, as a society`s role models.
It has come to be seen as a cartel where those who belong to a group find it easier getting movie roles. Some of them can even make you rich overnight beyond your expectation. Those who are in it and know their onions can tell you better.

They get the best of jobs and are richer driving in big cars and seeing at the best of places. The same thing goes for the homoséxuals.
The industry has become what many of us never dreamed of, going the way of Hollywood and other European movie industries. It is also in Alaba International Market. They control the industry. It is all about packaging. But there is still hope that those who are not patronizing them will still make it in Nollywood,”

Vivien, who was spotted on the set of Simone’s Production in Festac, Lagos said