Nigeria’s most famous blogger, Linda Ikeji, drew the anger of Covenant University students, Wednesday, after she posted a blog that appeared factually incorrect about their mate. 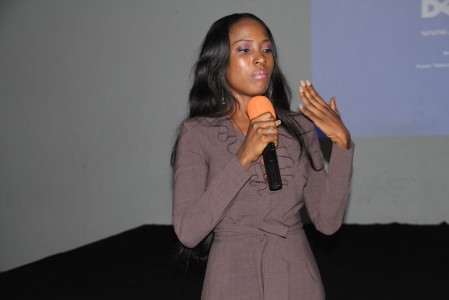 Linda incurred the rage after she posted a story about the death – suicide – of a Covenant University student, Ndubuisi Brown.

Linda had in a post, said Brown committed suicide. Apparently, Brown drowned in a Lagos beach.

She has since apologized.

“Covenant University Students, I apologize. Your friend died, he didn’t commit suicide. But thanks for making me trend. It’s been a while,” she tweeted.

But her apology was seemingly not enough to calm the incensed students who took to Twitter and trended #Lindalies and #Lindalied on Wednesday. Using those hashtags, the students attributed all manner of outrageous and barefaced lies to the blogger in mock headlines.

“Stephen Keshi has been tipped to become the next manager of Man U after Ferguson’s retirement,” @Bjorn_LJ said in the tweet-rant that equally got the incensed students excited about their ability to use social media tools to fight a cause.

The post on Linda’s blog has been updated to reflect the drowning version.