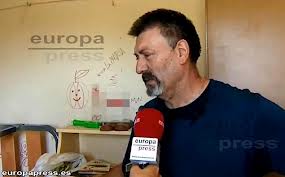 A man who was released from prison came home to find his wife dead in bed, according to police reports.

The man came home from jail to find his wife mummified in bed.

Eduardo Ruiz, of the town Ciempozuelos located on the outskirts of Madrid, had not heard from his wife for a year when he complained to police in 2011. At the time of the complaint, the police conducted an investigation but heard from several witnesses that his wife, Ángeles Fernández, was seen at several local festivals, the Ciempozuelos government spokesperson said Tuesday in a statement.

It turns out that at some point during the imprisonment of her husband, she died in her bed and no one really noticed that she was gone. Her neighbors did notice a foul odor coming out of her house, but a judge denied entry because authorities said that the woman had a history of poor hygiene, according to local police.

Officers then tried to clean the house to get rid of the smell while the police were still searching for the woman, the government said. Even Ruiz was denied entry by a judge who said the man was not authorized to enter the house because he did not have a sexual relationship with his wife and because of the complications that may arise as a consequence of being in prison.

Finally, Ruiz took matters into his own hands, when he was paroled from prison and broke down the door of the house. He located his wife in bed. She was dead.