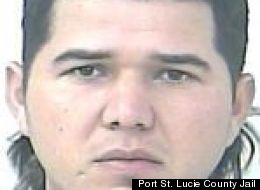 One man from Port St. Lucie, Fla., told officers he fled the scene of a small car accident on Monday because he ate “bad” Chinese food and didn’t want to poop in his pants.

Carlos Baca, 27, was ultimately arrested for allegedly driving without a license, after he returned to the spot where cops say he backed his truck into another car 6:30 that morning, TCPalm.com reported. The car owner had notified authorities of the fender bender.

“Baca apologized for leaving, but believed he had no choice,” an affidavit obtained by the website states, “as he was on the verge of defecating his pants.”

According to The Smoking Gun, Baca was booked into Port St. Lucie County Jail on the misdemeanor charge and released on a $375 bond.

Of course, things could have been worse.

Deputies in Orlando, Fla., arrested a man in late April for allegedly shooting up a public dock. The suspect then defecated in his pants while being questioned.