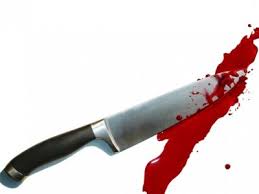 A 29-year-old civil servant, Ejiga Jacob, was on Wednesday arraigned at the Karu Upper Area Court for allegedly stabbing his wife.

The police prosecutor, Corporal Israel Nando told the court that on 2 May at about 1.30 a.m., Butius reported the matter at the Apo Police Station.

Jacob, who resides at Kubwa village allegedly stabbed his wife, Mrs. Butius Ejiga, 25, with a knife in her left chest.

“During a little argument, Ejiga used a knife and stabbed her on her left chest.

Nando told the court that the offence contravened Section 246 of the Penal Code.

Section 246 states that “whoever voluntarily causes grievous hurt shall be punished with imprisonment for a term which may extend to one year.”
The accused pleaded not guilty to the charge.

The presiding judge, Alhaji Umar Kagarko granted bail to the accused in the sum of N50,000 and a surety in like sum.

“The surety must be reasonable and with reasonable means of livelihood.

“The surety must reside within the jurisdiction of the court,” the judge stated, while he ordered that the accused should stay away from the victim and ensure he pays for his wife’s treatment pending the determination of the case.

He adjourned the case to 2 July for further hearing.