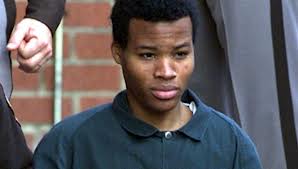 The killer of a pregnant bride the day before her wedding warned that he will continue to kill pregnant women every week, according to police.

The demon that killed a pregnant Brooklyn, New York, bride-to-be left a note under her dead body promising that more expectant mothers will die unless “The DC sniper” is released from jail, police sources told a local New York newspaper.

The single-page, computer-printed message was discovered Saturday after police were called to the blood splattered basement apartment in Flatbush of Vindalee Smith, 38, after she had been stabbed and her throat cut.

“The note was under her body. They found it when she was turned around,” a police source said. Written in large black block letters, the note warned that a pregnant woman a week was going to die unless Washington, DC, sniper Lee Boyd Malvo was released from prison, a source familiar with the investigation said.

But detectives are skeptical and believe that this is a ploy by the murderer to throw them off the track, but they do not rule out anything, the source said. Police believe, Smith, who was a day away from getting married and two weeks before giving birth, knew her murderer. There were no signs of forced entry and no weapon was found.

Malvo, 27, is serving a life sentence for six of the 10 Beltway sniper attacks that terrorized the country in 2002. He and his master murderer, John Allen Muhammad, had planned to kill six white people a day for a month. Muhammad was executed in November 2009.