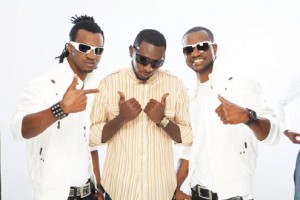 Late August last year, pop singer Akinmayokun May D Awodumila got the shock of his life when he learnt he had been dropped from Square records (P-Square record label) due to irreconcilable differences, he screamed blue murder, threatened litigation and countered by launching his own outfit Confam Entertainment; releasing singles and videos.

Today, however, these two camps may have reconciled.

Come May 10, this writer has learnt May D’s highly anticipated album will drop and it features PSquare in a powerful collaboration called You want to know me.

The 20 tracked album titled Chapter one also features Tu face in No Body, K-Switch and Olamide in Kigbe and then Davido in Ur Eyes.

May D will be launching his album on May 26 at a live concert in Abuja with Davido, 2face Idibia, Iyanya, Olamide, Jaywon, Reminisce, K-Switch and many others in performance.

On August 21, Square Records boss Jude Okoye had sent out a statement which reads…

I, JUDE ‘ENGEES’ OKOYE of Square Records Limited and Northside Entertainment Limited hereby announces to the general public that Mr. Akinmayokun Awodumila, otherwise known as MAY D is no longer an artiste under the aforementioned outfits due to irreconcilable differences. We at Northside and Square records wish him all the best in his career and life.

The full details of their reconciliation are not immediately clear, what we do know however, is that May D does not intend going back to Square records. Or should he?