Barcelona have received some disappointing news from the treatment table as they will have to make do without the services of star player Lionel Messi in the next two to three weeks due to a muscular problem. 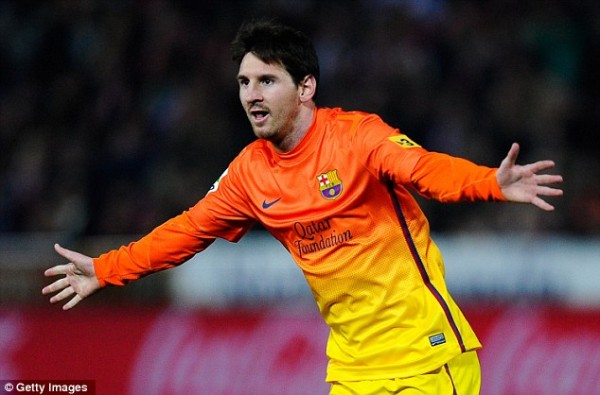 The Argentina international picked up a thigh problem in Barca’s 2-1 Liga win over Atletico Madrid at the weekend and limped off the pitch halfway through the second half.

Messi underwent further examination on Tuesday to determined the extent of the knock and Barcelona have now announced that the prolific attacker will be sidelined for at least two weeks.

“Tests have revealed that Lionel Messi has picked up an injury in the femoral biceps of his right leg. He will be unavailable for two to three weeks,” a statement on the club’s official website reads.

The 25-year-old will consequently miss the Liga games against Valladolid and Espanyol and is doubtful for Barca’s last game of the season at home against Malaga on June 1.