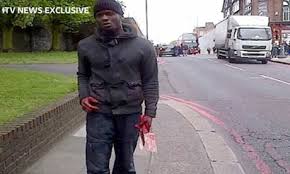 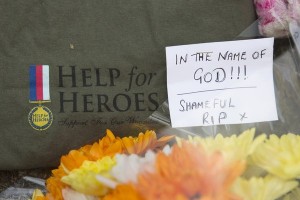 The attacker of the British soldier who was stabbed Wednesday in London has been identified as Michael Adebolajo. Adebolajo has never being in Nigeria, and his only connection with Nigeria would be his blood and name.

Adebolajo who was born a Christian was said to have converted to Islam and adopted extremist politics after falling out with his parents, adopting the name Mujahid.

He was said to have gone to school at Romford, Essex before studying in the University of Greenwich.

Adebolajo is known to be a preacher on the streets of Woolwich, and is understood to have run an occasional stall inn the area from which he distributed extremist literature condemning the involvement of British soldiers in Iraq and Afghanistan. He became obsessed with Islamic extremism as a schoolboy.

Two more suspects have also been arrested in connection with the attack.

The 25-year-old victim, Lee Rigby had a 3-month old baby, reports have said.

A friend of Adebolajo’s blamed British foreign policy for the attack and he said it could happen again, as long as Britain keeps sending troops to countries like Iraq or Afghanistan.