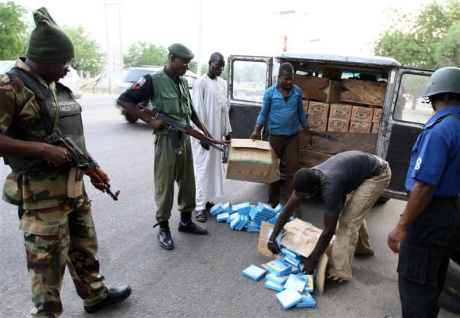 The Chief of Defence Staff, Adm. Ola Ibrahim, on Monday in Abuja solicited the cooperation of the civilian population to ensure the success of military operations.

Ibrahim, who made the call at the opening of a three-day Seminar on Civil-Military Relations and Counter-terrorism Strategy, noted that the cooperation was necessary to minimise friction.

Ibrahim said, “the military seeks the cooperation of civilians in all its operations.

“The military’s modus operandi often brings about friction but the military will do its best to improve the relations.”

Ibrahim, represented by Chief of Communications, AVM Salihu Smith, said the seminar would devise plan that would bring the civilian population and military closer in all operations to avoid suspicion.

“The challenge is to develop civil-military model relative to Nigeria. This seminar will bring out a strong model.”

The Director of Civil-Military Relations, Maj.-Gen. Mohammed Ibrahim, expressed concern that there were lots of misconceptions about military operations.

“We are going to clear the misconceptions and assure the people that the military is theirs and working to protect them,” he said.

According to him, such relations are necessary to combat threats to the nation’s territorial integrity.

“As profound and skilful as our military intelligence is, it could be greatly impaired if the civilian populace does not cooperate with it,” Omeri said.

He urged the directorate of civil-military relations to set up a centre for management of information on Joint Task Force operations across the country.

The theme of the seminar is Civil-Military in a Democracy: Synergising all Potential for Enhanced National Security.

It is jointly organised by the Directorate of Civil-Military Relations and the United States Government.