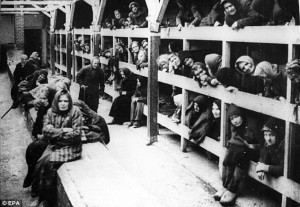 Fourteen Muslim clerics from across the globe will visit the former Nazi German Auschwitz death camp in southern Poland next week as part of a Holocaust awareness and anti-genocide program, organisers said Friday.

“This is an opportunity for imams who are influential in their communities to look at the Holocaust first hand and to go to Auschwitz, to see what that kind of hatred led to,” Poland’s Chief Rabbi Michael Schudrich told AFP on Friday.

“It’s to make sure that civilisation doesn’t fail again.”

They will also visit a new museum in the Polish capital Warsaw focusing on centuries of Jewish life before the Holocaust, John C. Taylor from the US State Department’s Office of International Religious Freedom told AFP on Friday.

“If we want the world to remember the horrors of the Holocaust so that neither genocide against the Jews, nor anyone else should ever happen again, then we have an obligation to have communal leaders understand what happened,” Schudrich said.

Muslim leaders last visited Auschwitz in 2011 as part of an inter-faith delegation including a hundred Jewish and Christian leaders from the Middle East, Africa and Europe.

More than one million people, mostly European Jews, perished at Auschwitz-Birkenau, operated by Nazi Germany in occupied Poland from 1940 until it was liberated by the Soviet Red Army on January 27, 1945.

The site was one of six German death camps set up in occupied Poland, a country which was home to pre-war Europe’s largest Jewish community.

Among the camp’s other victims were tens of thousands of non-Jewish Poles, Soviet prisoners of war, gypsies, and anti-Nazi resistance fighters from across Europe.[AFP]