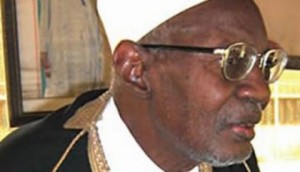 Former Nigerian oil minister, Shettima Ali Monguno, who was on Friday abducted by gunmen in Maiduguri, a stronghold of Islamist group Boko Haram, was released on Monday, police said.

“I can confirm that Shettima Ali Monguno has been released today by his abductors,” Borno State police commissioner, Abdullahi Yuguda said.

A security source who crave anonymity said the kidnappers were paid 50 million naira. The police chief however declined to comment on the circumstances surrounding the release.

The ex-minister’s son, Abubakar Ali Monguno, said that the kidnappers demanded a ransom hours after the Friday abduction outside a mosque in Maiduguri.

87-year-old Monguno, was among a group of elders who met President Goodluck Jonathan in Maiduguri in March to discuss the Boko Haram crisis.

He has repeatedly called for dialogue with the militant group and urged Jonathan to reduce the massive security deployment in the city and ease a curfew forcing all residents to stay indoors after sundown.