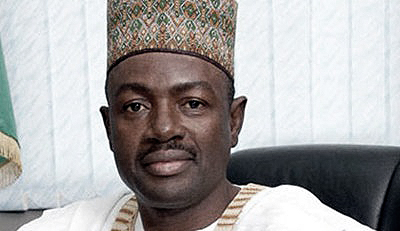 Minister of Information, Mr Labaran Maku, on Sunday, dismissed reports linking him with what he termed dastardly and condemnable violence in his home state of Nasarawa.

He also described a report linking him to the crisis as not only completely false and unfounded but a calculated attempt to associate his good name with the ugly violence in the state.

It would be recalled that we published a story on Sunday which traced the recent Ombatse militia killing of scores of security agencies to the purported rivalry between the minister and Governor Umaru Tanko Al-Makura over the 2015 governorship polls.

In his rebuttal, Mr. Maku stressed that the story was published without recourse to the available facts about the unfortunate violence.

Speaking through his press secretary, Mr Joseph Mutah, in a statement made available to journalists, the minister alleged that the story was deliberately planted to divert the attention of Nigerians and security agencies from the real fact behind the blood-letting in Nasarawa State.

Maku hinted that he had, in the last one year, waged a one-man campaign in Nasarawa State, which was widely reported in both the print and electronic media against the activities of militia and mercenaries who had been destroying communities, lives and properties in the state.

Maintaining his innocence in the entire sordid episode, Maku insisted that he had been a man of peace and had never been associated with violence right from his days as a student union leader in the University of Jos, a teacher, a journalist, commissioner, deputy governor and now minister.

He said that he had repeatedly waged a campaign against violence and called for a ban on the activities of all political thugs and militia groups throughout the country.

Maku called on the people of Nasarawa State, particularly the youth, to refuse to be used as agents of destruction and to rise up against the increasing wave of violence by militia, mercenaries and cultists in the state.

While urging security agencies to carry out thorough investigation and bring the actors and perpetrators of the carnage in the state to justice, Maku also commiserated with innocent Nigerians, particularly the families of security personnel who were killed in the unfortunate violence.