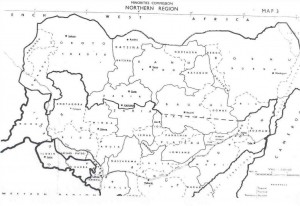 The Christian Association of Nigeria, CAN, has urged the federal and Bauchi State governments to provide adequate security to ensure Boko Haram insurgents escaping from either Adamawa, Borno or Yobe states would not be using Bauchi State as their sanctuary.

In an interview with Vanguard, CAN said that apart from Bauchi, the security agencies should also beam their searchlights on the other northern states where there is no state of emergency to prevent fresh crises in those places, saying that miscreants should be stopped from making life difficult for law-abiding members of the society.

In his reaction to the ongoing military offensive in the three northern states, Bauchi State Secretary of CAN, Rev. Joshua Rai Mains, said that residents of Bauchi State expected tight security in the state to prevent criminals from infiltrating into it.

Speaking in the same vein, the state Chairman of the ACN, Alhaji Bappa Daffida also said that the declaration of state of emergency in the neighbouring three states had triggered movements of people from the affected states to the near-by states, hence security ought to be beefed-up in Bauchi State among others.

“I would advise security agents to increase their survelliance because some of these terrorist groups would feel uncomfortable and migrate to neighbouring states,” Daffida said.