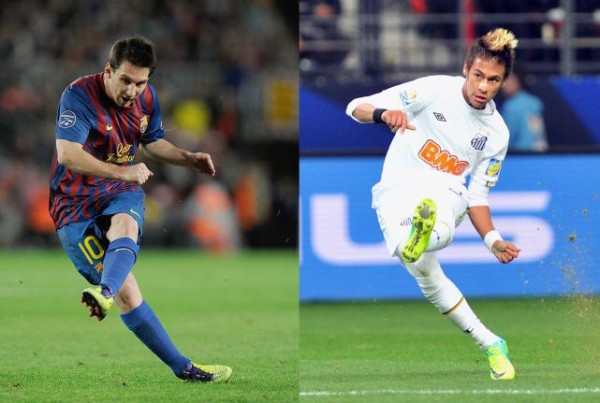 Reigning World Footballer of the Year Lionel Messi believes Neymar would make a “wonderful addition” to the Barcelona squad should he choose to move to Nou camp.

The Argentine also thinks Pep Guardiola would make a big hit with Bayern Munich when he takes over at the Allianz Arena next season.

Speculations has been intensified in recent weeks over the future of the Santos star who, despite his insistence to remain in Brazil until after the World Cup, Barcelona are currently interested in penning down a deal with the starlet.

Should such deal materialise, the Argentina international thinks the young Brazilian would add a different dimension to Barca’s attacking threat.

“I do not know if he will end up at the club or not, Messi told Qatar Alkass. “However, it is true that he is a player who would bring a very different dimension to the team. Of course he would be a wonderful addition.”

Messi, however, is quite optimistic about 2014 World Cup in Brazil, he insists he wants to taste glory at the tournament irrespective of what it could mean to his reputation in the history of the game.

“All I care about is winning the World Cup. I won’t be thinking about whether it will mean I am the best player ever or not.”

The 25- year- old also praised former coach Frank Rijkaard and Bayern Munich- bound Pep Guardiola, a man who the four- time World Footballer of the Year believes would be a big hit at Bayern and wherever he chooses to go in the future.

“He (Rijkaard) was the one who believed in me when I was 17,” Messi added. “It was one of the most important times of my life working under him, and Pep told me I was the best player he has ever coached.