The Federal Government has approved the sum of N10 billion for the Great Green Wall project. Vice President Namadi Sambo made this known on Friday at the second meeting of the National Council on Shelterbelt and Afforestation in the State House, Abuja. 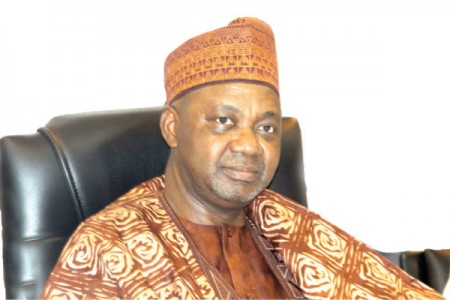 According to Mr. Sambo, the Great Green Wall initiative is a people oriented community project that will cater for the well-being of the communities involved. He added that the project is a collective and global one whose success President Goodluck Jonathan is keen about.

Mr. Sambo also said that the president plans to inspect the project’s progress in the affected states himself.

“It is not just planting trees to stop deforestation and desertification, it has to do with the whole eco-system in which water, plant, animal and others would be given attention,” Mr. Sambo said.

After scrutinizing the roadmap and the work plan of the project, the council noted that there should also be a plan for sustainability of the project and community involvement. It also observed that young people and school children should be sensitized on the need to plant trees.

The Minister of Environment, Hadiza Mailafia, said some of the things in the work plan include capacity building, upgrading of training facilities, site identification and delineation, environmental impact assessment studies, land preparation, planting and nurturing, provision of support to communities to raise seedlings, and procurement from the private sector.

She said 11 states are involved and at the moment, some of the states have already started; such as Jigawa, Katsina and Kebbi States; adding that there is a need to build capacities in these states. She said more sensitization and participation of communities are needed. She also solicited the participation of the media to create awareness among the people.