Is Sonia Ibrahim, the sister of Nollywood actress, Juliet Ibrahim suffering from a mental disorder? 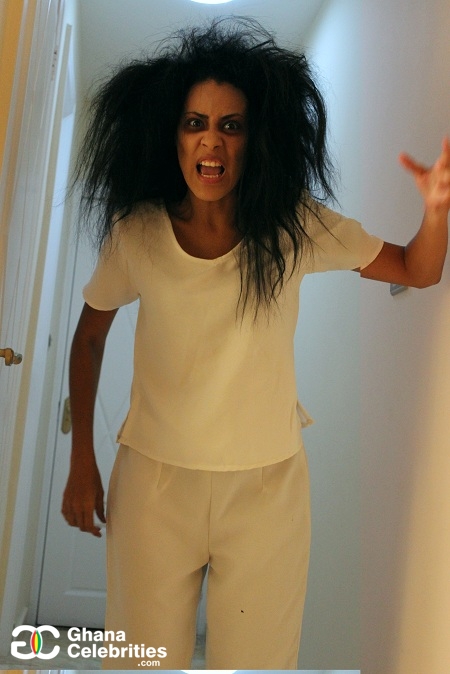 Well, she isn’t. The false rumour might have generated from the leak of some steel set photos in her first movie production. The photos establish an insane Sonia in an inmate costume acting so weird like a mad person.

These were shots from her upcoming movie ‘The Number One Fan’ where she became possessed and acted like a mad person.

It is alleged that Sonia Ibrahim has refused to shoot for any production until her first project comes out, she said she wants to know her fans responds and also, giving her sister the credit for discovering her.